All members of the CAMP organization are invited to attend a meeting on October 1, 2015 that will be held at the Wildwood Grill at 7 PM in Salamanca, NY. The meeting is also open to anyone interested in CAMP’S efforts to preserve the Cattaraugus County Memorial and Historical Building located in Little Valley, NY which is in danger of demolition by the Cattaraugus County Legislators. 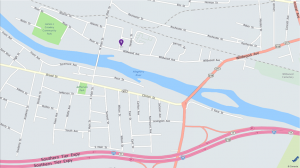 How Some Cattaraugus County Men Went to War

Company C [64th New York Volunteer Infantry], under Capt. J. B. Maltbie, left Otto on the 19th inst. for Elmira. This Company numbered 55 men, was organized in about two weeks from the towns of Otto, East Otto and Mansfield, and composed of the most industrious, intelligent and respectable young men of those towns, who, almost at a moment’s warning have left their homes and business, and what is dearer than all their families and friends, to join the army to protect and maintain our Union.

Thursday was a very interesting day for Waverly. Capt. Maltbie called out his Company at 10 o’clock A.M. for drill, people came pouring in from every direction, and our village was soon filled to overflowing. The Captain marched his Company to the Green near the School House at half-past eleven, where the Rev. W. W. Norton, in behalf of the Ladies’ Aid Society of Waverly, presented each soldier with a copy of the Holy Bible . . . Immediately after this ceremony, Caleb Jewett, Esq., for and in behalf of the Ladies of Otto, presented the Company with a beautiful flag. He made some eloquent and deeply affecting remarks, which drew tears from the eyes of all who heard them. His remarks were responded to by Capt. Maltbie and Dr. Lake on behalf of the Company, returning thanks for this kindly token of remembrance, and asking that their families might not be forgotten, in their absence.

The Company was then marched to G. W. Skeels’ Hotel, where an immense table was spread with the necessaries and luxuries of life, and there the soldiers, surrounded by their families and friends, spent one hour with joy and sadness mingled together. The procession was then formed by Nathaniel Walker, Marshal of the day, and proceeded to Cattaraugus Station in readiness for the train. The procession numbered 138 teams well loaded. After bidding them farewell, we returned to our homes, and are now recruiting more soldiers for this Company. W. E. H.

You may visit the content on the new page by clicking this link: CAMP on Radio and TV

Representatives from Citizens Advocating Memorial Preservation (CAMP), the Clinton Brown Company Architecture, PC and the Landmark Society of Western New York (LSNWY) made separate presentations detailing the  preservation plan for the Cattaraugus County Memorial and Historical Building. The presentations were made before the regular meeting of the Cattaraugus County Public Works committee on September 2, 2015 at 4 PM at the county complex in Little Valley, NY.

CAMP member, Jim Ried, spoke to the committee members first and gave a Power Point presentation. He implored the committee members to change their decision to demolish the Memorial building “because it’s the right thing to do.” He gave a brief prelude to topics that were to be discussed in more detail by the representatives of the Clinton Brown Company Architecture, PC and the Landmark Society of Western New York.

Larry Francer, Associate Director at LSWNY followed Mr. Ried and assured the committee members that his organization fully supported CAMP’s preservation efforts. Very quickly, Mr. Fancer dispelled the belief that there was a viable reverter clause on the property deed where the Memorial Building currently stands. He also stated that LSNWY would be willing to take a purchase option on the property while they attempted to find a buyer for the Memorial Building.

Next, Clinton Brown, President of the Clinton Brown Company Architecture, PC, presented the Memorial Building feasibility report that was prepared by his firm. He assured the committee members that the Memorial Building was an excellent candidate for renovation and preservation. His report pointed out that the roof must be replaced as soon as possible to prevent serious water damage to the building. And he also stated that the renovation of the building could be done at a reasonable cost that was somewhere between $500,000 and $750,000.

Citizens Advocating Memorial Preservation (CAMP) will present a plan to preserve the Cattaraugus County Memorial and Historical Building in Little Valley, NY on Wednesday, September 2, 2015 at the regular meeting of the Cattaraugus County Department of Public Works (DPW) committee. The Cattaruagus County legislature has voted to demolish the building.

The preservation plan was developed for CAMP by the Clinton Brown Company, a Buffalo architectural preservation firm located in Buffalo, NY. The cost for the development of the plan was paid by CAMP with funds received from a grant by the Landmark Society of Western New York and from private donations.

The public is welcome to attend the meeting that will be held in the County Complex on Court Street in Little Valley. The DPW committee meeting is scheduled to begin at 4 PM.

You can read the Olean Times-Herald article on the subject here: CAMP to Present Preservation Plan