(Click on any image to enlarge it. Use your browser’s back button to return to this page.)

Herbert E. Farnsworth was born on August 23, 1834, in Perrysburg, Cattaraugus County. He enlisted at age 27 at Gowanda on September 17, 1861, to serve three years, and was mustered in six days later as a musician in Company D of the 10th New York Cavalry. He subsequently was appointed Chief Bugler (date not stated) and Sergeant Major on November 1, 1862. He re-enlisted on December 31, 1863; was mustered in as first lieutenant of Company I on August 1, 1864; and as captain of Company B on March 10, 1865. He was mustered out as a supernumerary on June 16, 1865 at Cloud’s Mills, Virginia. He was awarded the Medal of Honor for his action at Trevilian Station, Virginia, on June 11, 1864. The medal was issued on April 1, 1898. Its citation read, “Voluntarily carried a message which stopped the firing of a Union battery into his regiment, in which service he crossed a ridge in plain view and swept by the fire of both armies.”

Farnsworth died on July 4, 1908, at Pomeroy, Washington, and is buried there in Pomeroy City Cemetery. 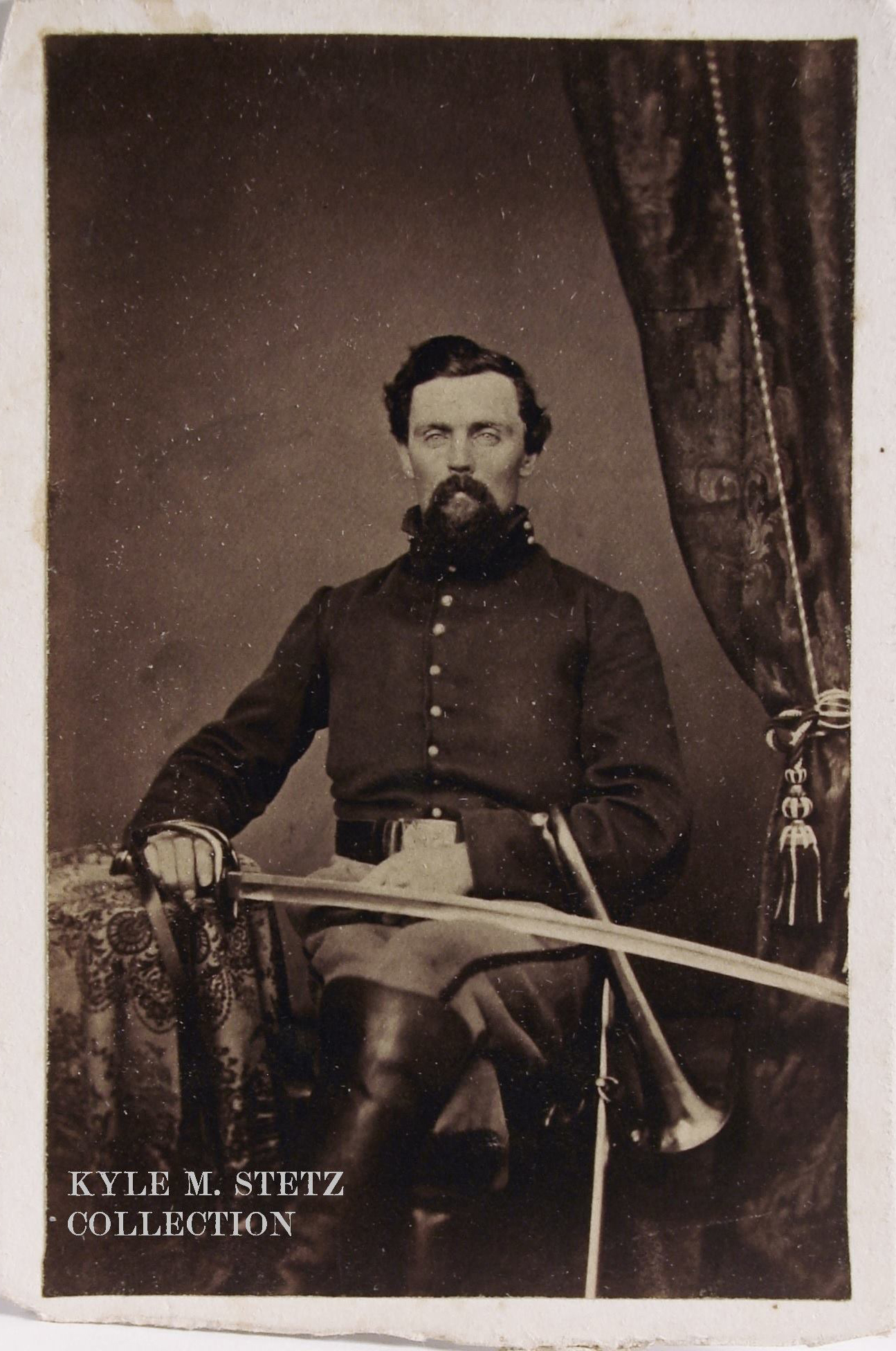 William G. Hills was born June 26, 1841, at Conewango, Cattaraugus County. On October 1, 1861, he enlisted at age 21 at East Randolph to serve three years and was mustered in six days later as a Private in Company E of the 9th New York Cavalry. He was mustered out with his company on October 27, 1864. His Medal of Honor, which was issued on September 26, 1893, was awarded for his action at North Fork, Virginia, on September 26, 1864, when he “voluntarily carried a severely wounded comrade out of a heavy fire of the enemy.” The comrade rescued by Hills, interestingly, was Joel H. Lyman, who also was awarded a Medal of Honor (see below).

Lyman described his rescue by Hills in the book Deeds of Valor, edited by W. F. Beyer and O. F. Keydel (Detroit: The Perrien-Keydel Company, 1907), volume 1, page 423: “During our campaign in the Shenandoah Valley we reached Harrisburg, Va., on September 25, 1864, and on the day following we met the enemy’s cavalry and drove them to the North Fork of the Shenandoah. When we arrived at the brow of the hill overlooking the river, which was quite narrow and fordable, we could see Early’s infantry drawn up in line on the opposite side. Supposing that our object was to capture the enemy’s train, I galloped down the slope, but had not gone twenty rods when I was knocked from my horse by a musket ball from the rebel rifle pits, which were hidden from my view by the willow trees bordering the opposite bank. The regiment had been ordered back and I found myself alone and helpless, the enemy’s bullets ploughing up the ground and throwing dirt all over me. Seeing my dangerous position, William Hills drove the spurs into his horse and galloped to the spot where I lay. Then coolly dismounting he lifted me to my saddle, mounted his own horse and supported me from the field, amid a veritable hail of bullets. It seemed as if the whole rebel army had concentrated its fire upon us. For genuine pluck and comradeship I never in my three years of active service saw anything to compare with this deed.” 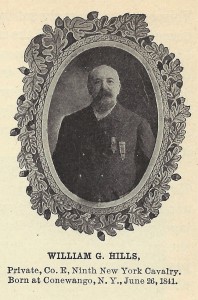 Joel H. Lyman was born in Cattaraugus County on May 11, 1845. He enlisted at age 18 at East Randolph on October 1, 1861, to serve three years, and was mustered in on October 7 as a Private in Company E of the 9th New York Cavalry. On February 18, 1864, he was appointed quartermaster sergeant, and two days later he was transferred to Company B. As related above, he was severely wounded on September 26, 1864, near the North Fork of the Shenandoah River in Virginia. He was mustered out with his company on October 31, 1864. Lyman was awarded the Medal of Honor (issued on August 20, 1894) for an occurrence at Winchester, Virginia, on September 19, 1864, when “in an attempt to capture a Confederate flag he captured one of the enemy’s officers and brought him within the lines.” 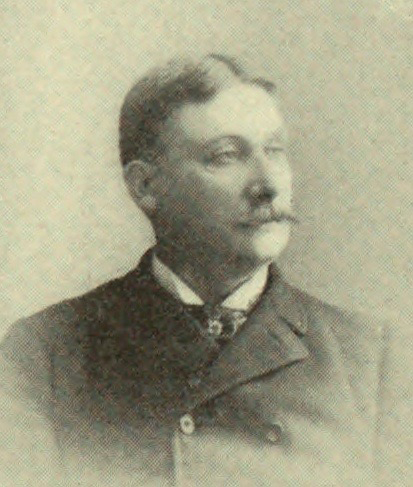 Albert Marsh, a Cattaraugus County native, enrolled at Randolph at age 31 on August 17, 1861, to serve three years. He was mustered in on September 7, 1861, as a Corporal in Company B of the 64th New York Volunteer Infantry. Marsh was thrice wounded in action: on June 1, 1862, at Fair Oaks, Virginia; on July 2, 1863, at Gettysburg, Pennsylvania; and on May 12, 1864, at Spotsylvania, Virginia. He was commissioned a Second Lieutenant on November 30, 1864, but never served at that rank, having been mustered out on September 6, 1864, near Petersburg, Virginia. On the day of his wounding at Spotsylvania he captured a Confederate flag, for which he was awarded the Medal of Honor (issued on December 1, 1864).

March died on February 17, 1895, and is buried in Randolph Cemetery.

Charles W. McKay was born on January 25, 1847 at Mansfield, Cattaraugus County and was working in a harness shop when he enlisted at Allegany on July 26, 1862. He was only 15 years of age, but fibbed that he was 18. He was mustered in as a Private in Company C of the 154th New York Volunteer Infantry on September 24, 1862, and was wounded in action on July 1, 1863, at the Battle of Gettysburg. He was promoted to Corporal on April 1, 1865, and to Sergeant on May 1, 1865. He was mustered out with his company on June 11, 1865, near Bladensburg, Maryland. McKay and his company comrade Stephen Welch (see below) were both issued the Medal of Honor on April 13, 1894, for a deed they performed on May 8, 1864, at the Battle of Dug Gap on Rocky Face Ridge, Georgia. Welch later described it for the book, Deeds of Valor, (which also included an illustration of the act): “On the 9th [sic] of May, 1864, the enemy was found in a strong position at a place called Rocky Face Ridge, near Dalton, Ga. In the afternoon the brigade was got in readiness for inspection of said ridge. A few of my company were detailed to act as skirmishers. We advanced slowly and cautiously, covering ourselves as best we could till we got within four rods of a perpendicular palisade crowning the top of the ridge. I found protection behind a rock, from which point I could occasionally see three or four of the enemy on top of the hill, and had a chance to discharge my gun in that direction. Meanwhile the brigade came up, our regiment on the right. They all went up to the perpendicular palisade of rock, some going up the crevices and to death. After about half an hour the bugler sounded a recall, and the brigade went down that hill much faster than it had gone up, but soon we got into proper order again. About this time the major came along and told me that he had seen a wounded soldier of my company, between the lines, adding that I had better get someone to help me go up and get him. Taking a tent-mate, Sergeant Charles W. McKay, we started out under a heavy fire, not only from the enemy, but also from our own lines. We found George Greek, a corporal of the color-guard, badly wounded in both legs. The poor fellow had been trying to drag himself along with his hands, and had sunk down, overcome by faintness and exhaustion. McKay revived him with a drink from his canteen, after which the corporal, raising himself on his elbow, asked if the colors were safe. We assured him that they were, and he dropped down again, satisfied and happy. We rolled him on a blanket, picked him up, and with bullets whizzing about us, managed to get him off the field.”

In the postwar years McKay worked for railroads. He died in Staples, Minnesota on August 25, 1912, and was buried in Oak Grove Cemetery in Fergus Falls, Minnesota. 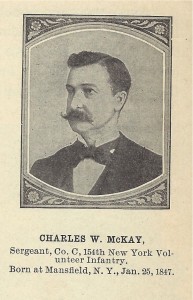 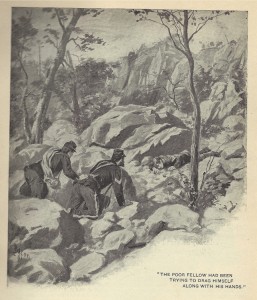 Miles M. Oviatt was born in Cattaraugus County on December 1, 1840. He enlisted on August 19, 1862 at Brooklyn, New York, in the U.S. Marine Corps. He was honorably discharged as a Corporal on August 18, 1866. His Medal of Honor was awarded on December 31, 1864. Its citation: “On board the U.S.S. Brooklyn during action against rebel forts and gunboats and with the ram Tennessee in Mobile Bay, 5 August 1865. Despite severe damage to his ship and the loss of several men on board as enemy fire raked the deck, Cpl. Oviatt fought his gun with skill and courage throughout the furious two hour battle which resulted in the surrender of the rebel ram Tennessee.”

Loron F. Packard, a Cattaraugus County native, enlisted at age 18 at Haskell Flats on August 29, 1861, to serve three years, and was mustered in two days later as a Private in Company E of the 5th New York Cavalry. He re-enlisted on January 1, 1864; was appointed Saddler at an unrecorded date; and was wounded at an unknown date. He was mustered out on July 19, 1865, at Winchester, Virginia. Packard’s Medal of Honor, issued on August 20, 1894, was awarded for his action at Raccoon Ford, Virginia, on November 27, 1863. Its citation: “After his command had retreated, this soldier, voluntarily and alone, returned to the assistance of a comrade and rescued him from the hands of three armed Confederates.”

Stephen Welch was born at Groton, New York, on June 13, 1824 and moved to Cattaraugus County with his family as a child. He enrolled at age 38 on August 11, 1862, at Allegany, to serve three years, and was mustered in as a Sergeant in Company C of the 154th New York. He was captured in action on May 2, 1863, at the Battle of Chancellorsville, Virginia, but was paroled and returned to his company. He was promoted to First Sergeant, mustered in as first lieutenant on June 9, 1864, and discharged on May 15, 1865. Welch was awarded the Medal of Honor for having “risked his life in rescuing a wounded comrade under fire of the enemy,” as described in the entry above for Charles W. McKay. McKay recalled the deed after Welch died in an article, “Act of Heroism,” published in the Ellicottville Post on July 4, 1906. After describing the 154th New York’s attack at Dug Gap on Rocky Face Ridge, McKay wrote, “We were driven back about 20 rods, when the lines were reformed. Steve Welch, then a sergeant, came to me and said: ‘Charlie, George Greek lies out there wounded, will you go out and help me bring him in?’ George Greek was a corporal of our Co., and one of the color guard. He was brought in wounded in both limbs, and Sergeant Welch was the man who saved him from capture. Bear in mind that Greek lay right under the point blank range of the enemy and those who went to his relief, simply exposed their lives to the enterprise.”

Welch died on March 30, 1906, and is buried in Allegany Cemetery. His Medal of Honor has been preserved by generations of his descendants.