Dear Supporters and Friends of CAMP,

On behalf of CAMP we hope that all of you are in good health and good spirits during the current coronavirus pandemic.

Since our last edition, in late November 2019, CAMP has been hard at work in our effort to preserve the Civil War Memorial Building in Little Valley, NY.

In early December CAMP installed a new sign in front of the Memorial Building detailing our efforts to restore the Memorial.  Thanks to all CAMP members who helped make this happen as well as to the Village of Little Valley officials, the Dwyer Program veterans, contractor Brent Moritz and Home Depot for their help and donations.  The production of the sign was a joint effort between Citizen Printing of Allegany and Register Graphics of Randolph. 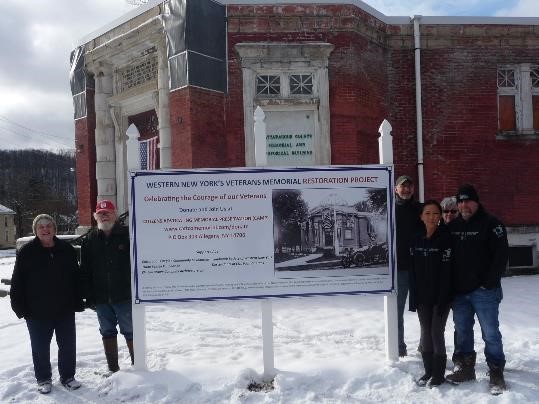 A leaky roof appears to have plagued the Memorial Building within years after its dedication, and contributed to the eventual removal of one of the Memorial’s signature architectural elements in 1956–the glass dome.  Water infiltration did not cease with the dome’s removal, and to this day, the problem persists.  As a result, CAMP has made it a priority to tackle this century-old problem by having a new roof installed as well as proper roof drainage.  We have secured several proposals and bids for the work to be completed, and are making the final decision on the most cost effective, durable, and watertight roofing system.  Thanks to your support, a new roof will be a significant step in our efforts to rehabilitate the Memorial Building. 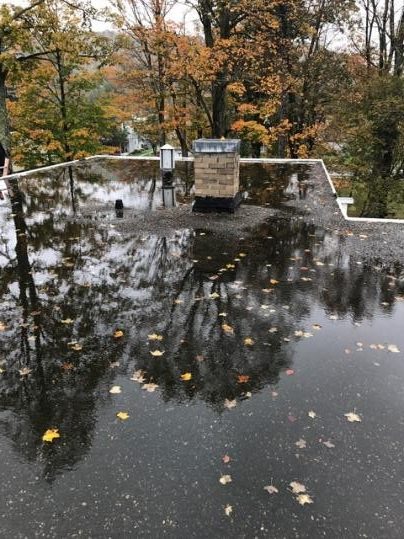 A 2017 photo shows the condition of the current Memorial Building roof and pooling water due to improper drainage.

CAMP continues to seek grant funding to assist in the rehabilitation of the Memorial Building.  Currently we are applying for a Preserve New York grant.   Launched in 1993, Preserve New York makes grants for historic structure reports, building condition reports, cultural landscape reports, and cultural resource surveys, and are a signature grant program of the New York State Council on the Arts and the Preservation League of New York State.  Keep your fingers crossed, and stay tuned for news on this front. 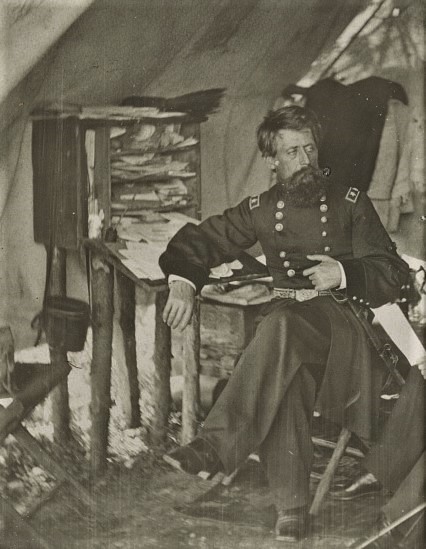 JUDGE OF THE ASSASSIN

The final section of each newsletter is devoted to an historical aspect of either the Memorial Building or a soldier to which the Memorial was dedicated.  Truman C. White a native of Perrysburg, Cattaraugus County, enlisted as a private in the 10th New York Cavalry in September 1861.  White rose through the ranks, eventually being promoted to 1st Lieutenant.  He was wounded at Stony Creek, VA on December 1, 1864.  Recovering from his wounds he served with the regiment until his discharge in June of 1865.  After the war, White became a lawyer passing the bar in 1867, and by 1891 was elected to be a judge on the Superior Court of Buffalo in 1891.  With the abolishment of that court, White took on the role of judge on the New York State Supreme Court in 1896.

On September 6, 1901, avowed anarchist Leon Czolgosz shot President William McKinley while attending the Pan-American Exposition in Buffalo—the president dying of those wounds on September 14, 1901.  Czolgosz’s trail began on September 23 and swiftly concluded the following day.  The presiding judge of the trail was Truman C. White.  Czolgosz was sentenced to death by electrocution, which occurred on October 29, 1901 at Auburn State Prison.

Judge White passed away on February 7, 1912 and is buried in Forest Lawn Cemetery in Buffalo. 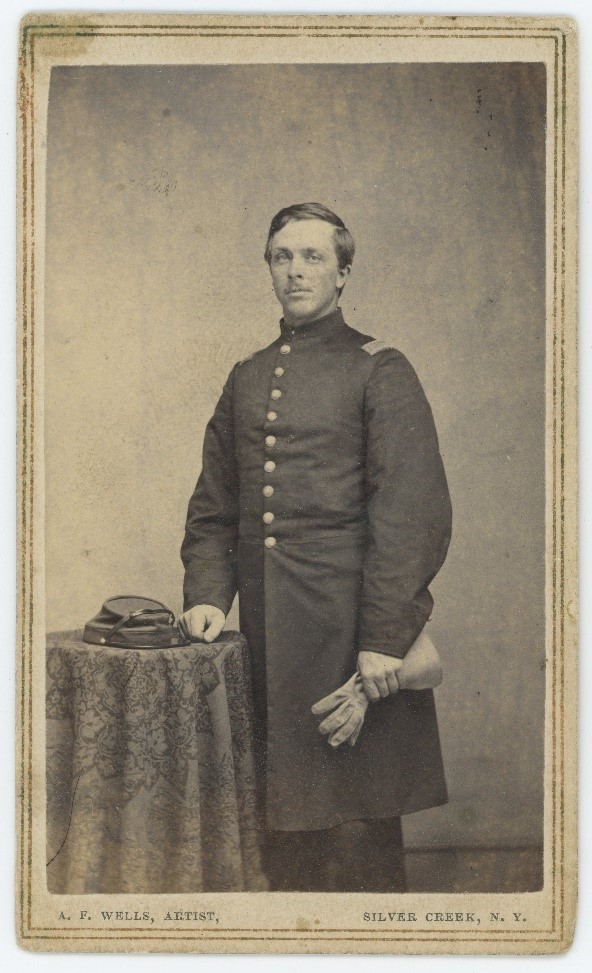 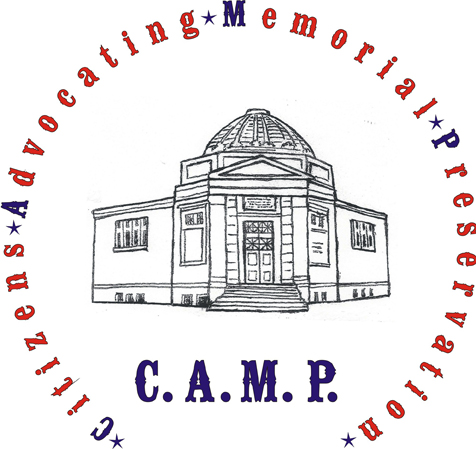