Dear Friends and Supporters of CAMP,

Since our last “Chronicle,” CAMP has been hard at work in our effort to preserve the Civil War Memorial Building in Little Valley, NY.

CAMP continues to seek funding for the rehabilitation of the Memorial Building from a variety of sources. In addition to your generous donations, CAMP continues to explore grant-funded opportunities to continue our work. In March CAMP submitted a grant application to the Preservation League of New York State for a Cultural Resource Survey, which would help to establish a “Courthouse Square” historic district to include the Memorial Building and adjacent historic properties. This could lead to future grant opportunities for the Memorial site. CAMP is continually on the lookout for appropriate grant-funded opportunities, and appreciates any leads in this sector of our fundraising initiatives.

CAMP’s Strategic Planning Committee worked diligently throughout the fall and winter to finalize a strategic plan that will focus the organization’s efforts through 2024. The plan focuses on three targeted goals:

Fundraising–In order to rehabilitate the Civil War Memorial Building with former Board of Elections addition, CAMP must build its relationships and seek philanthropic support through individuals, corporations and Foundations.

Membership–CAMP must expand current membership and explore new avenues to grow active membership, as well as promote CAMP’s rehabilitation efforts throughout the region and country.

Buildings— In order to achieve the rehabilitation of the Civil War Memorial site, CAMP will develop a plan of action to include multiple short-term and long-term objectives. In addition, when rehabilitating the site CAMP will consider and utilize environmentally friendly “green” methods whenever feasible.

CAMP board members and volunteers gathered at the Memorial Building in mid-May for a work day to conduct some spring cleaning of the site. Many thanks to those that turned out. CAMP is always seeking on-the-ground help with routine maintenance of the site—if you can drive a nail, swing a paintbrush, or mow a lawn, CAMP needs your help 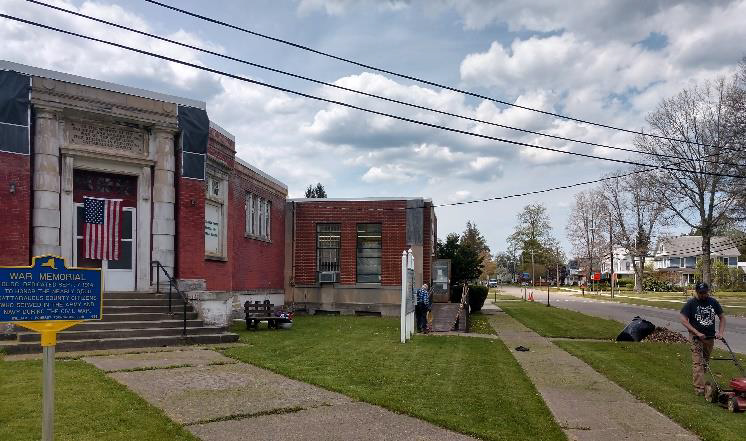 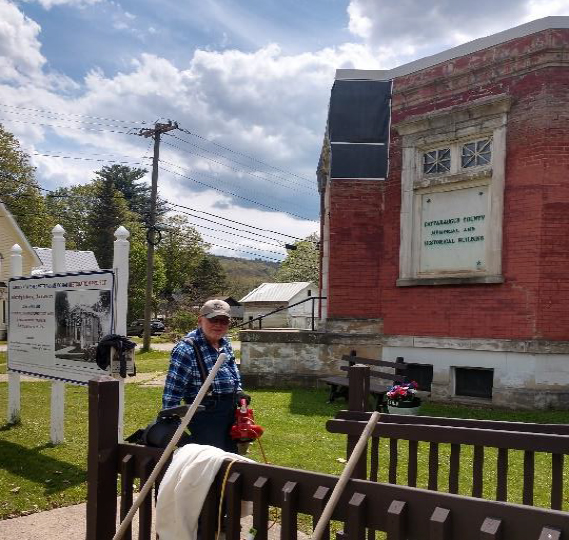 CAMP members met at the Civil War Memorial Building in Little Valley on Monday May 31st to observe Memorial Day. Wreaths were laid at the site to honor the memory of those that gave their lives in defense of the Union during the American Civil War, as well as those in subsequent wars. 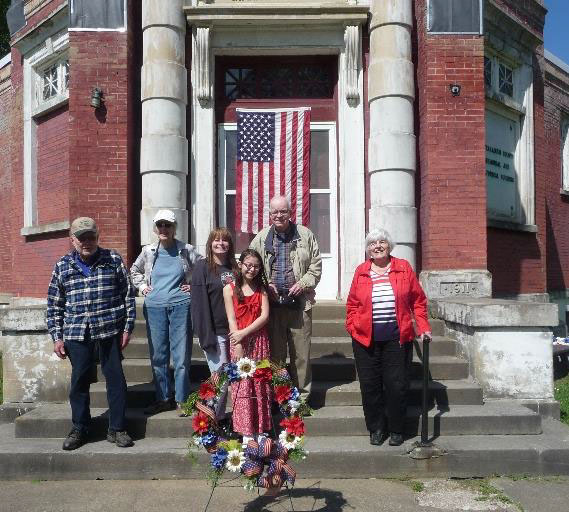 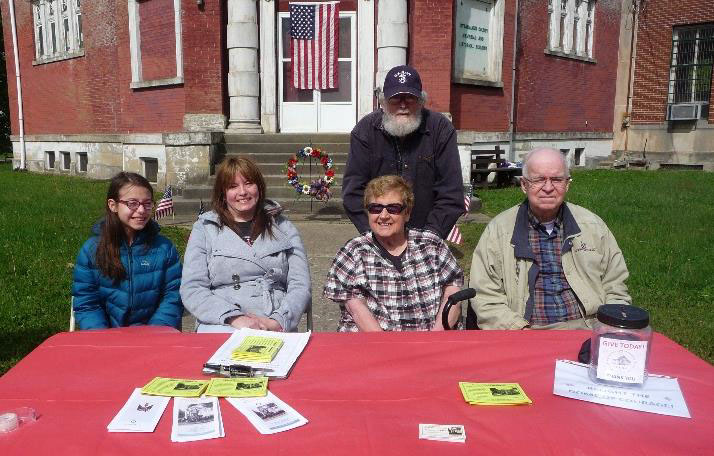 When the Civil War Memorial in Little Valley was dedicated on September 7, 1914, James Spencer Whipple delivered the main oration. (A complete transcript of his speech can be found under “Memorial History” on the CAMP website.) Why was Whipple chosen to make such an important speech on such a solemn occasion? 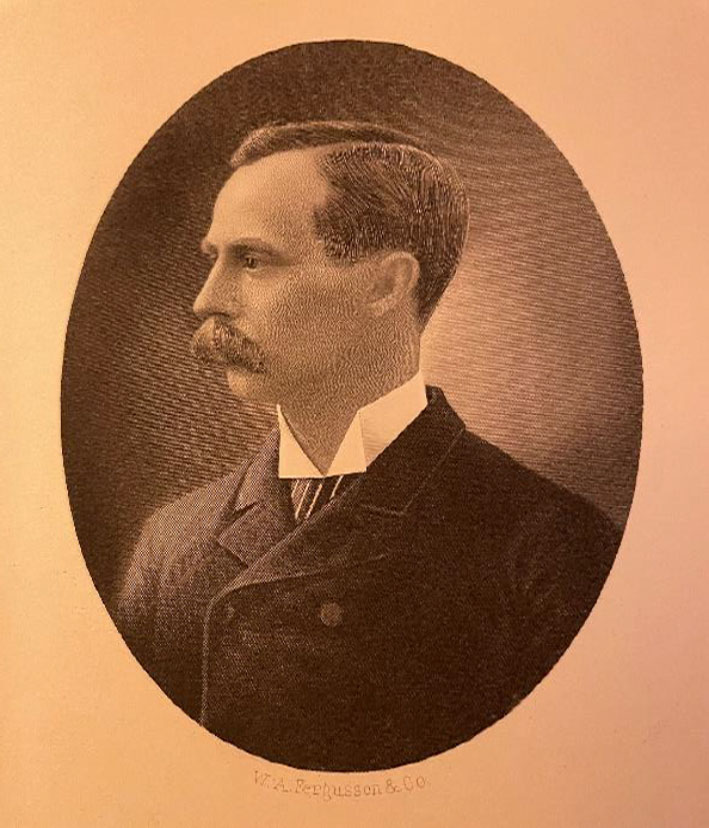 James was the son of Sgt. Henry F. Whipple of Co. H, 154th New York, who was captured at the battle of Gettysburg and died as a prisoner of war at Andersonville, Georgia. James, who was born in Steamburg in 1852, was eleven when his father died. During his boyhood he attended the common schools in Salamanca, and as a teenager he apprenticed as a steam-fitter. As a young man he held a succession of jobs with the Erie Railroad in Salamanca—as a switchman, car dispatcher, office clerk, and ticket agent. During that time he was studying law. He was admitted to the bar in 1881 and opened a practice in Salamanca. Whipple was active politically. He served as Salamanca’s justice of the peace and police justice, and was elected to several terms as a state assemblyman. He was also elected supervisor of the Town of Salamanca, and
made chairman of the Cattaraugus County Board of Supervisors. He served briefly as a United States commissioner, was clerk of the New York State Senate, and headed the state’s Forest, Fish, and Game Commission.

James Whipple was, in short, a prominent citizen of Cattaraugus County with a profound tie to her Civil War veterans. As such, he was often called on to deliver addresses on commemorative occasions. He was a frequent speaker at reunions of the 154th New York and Companies I and H of the 37th New York. After he gave the main address at the 11th Annual Reunion in Randolph in 1898, a reporter wrote, “Mr. Whipple always has something interesting to say, and he found inspiration for flights of eloquence in the achievements of the armies and navies of our country in the Civil War.” After his address at the 16th Annual Reunion at Salamanca in 1903, an observer wrote, “Mr. Whipple is known all over the state as an eloquent orator, and he is never more eloquent than when addressing the old soldiers. He was at his best Tuesday, and the veterans present have rarely heard a more able speech . . . It was a splendid address, and the veterans showed their appreciation of it by frequent and hearty applause.” Whipple gave the main oration at the dedication of the monument to the 154th New York at Gettysburg in 1890, and the following day was called on to make some remarks at the dedication of the 64th New York’s monument. A decade before the dedication of the Memorial in Little Valley, in 1904, he accompanied a New York State commission to locate monuments on southern battlefields, during which he found his father’s grave at Andersonville. He wrote a lengthy account of the trip that was published serially in a Salamanca newspaper.

Whipple was one of the incorporators of the Cattaraugus County Memorial and Historical Society, which led the drive to build the Civil War Memorial in Little Valley. As he was finishing his address at the Memorial’s dedication ceremony, Whipple declared, “As we dedicate this beautiful structure to the purposes for which it was erected, let us resolve to cherish the memories of the past with deeper respect.” Surely Whipple would heartily approve of CAMP’s achievement in saving the Memorial from destruction and our work to rehabilitate it.
James Whipple died in 1941 at age 88 aboard a train as he traveled from St. Petersburg, Florida to Salamanca. He is buried in Salamanca’s Wildwood Cemetery.

35TH ANNUAL REUNION OF THE DESCENDANTS OF THE 154TH NEW YORK

The 35th Annual Reunion of Descendants of the 154th New York Infantry will take place from 2 to 5 p.m., Saturday, July 17, 2021 at the Nannen Arboretum, 28 Parkside Drive, Ellicottville, NY 14731. The reunion program will commemorate the regiment’s first regimental reunion, which was held in Ellicottville in August 1888. On that occasion, the main address was delivered by Capt. Alfred W. Benson of Co. D, and a letter describing the regiment’s service was read from absent comrade First Lieut. John F. Wellman of Co. G. Both of those reminiscences will be delivered once again at the reunion. Dunkelman will read Benson’s address, and John Fadden of Verona, New York, a collateral descendant of Cpl. Orange J. Abbey of Co. H, will read John F. Wellman’s letter. All those that have an interest in Civil War history are welcome to attend! 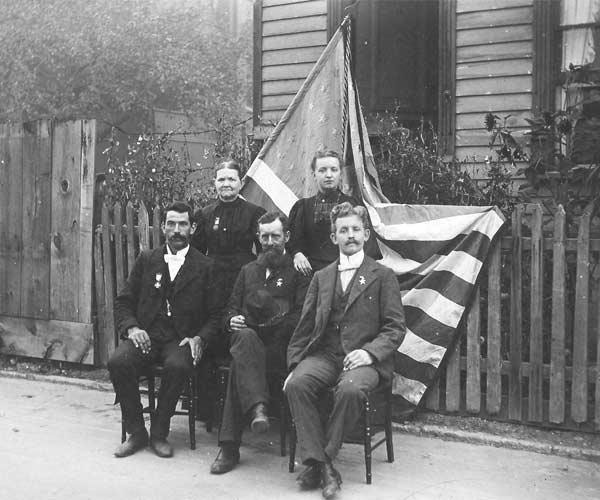 The meeting will be held for the purpose of electing Board Directors and Officers of the Corporation; receiving annual reports from the Board and Officers; and for the transaction of such other business as may be brought before the meeting. Contact the CAMP website www.cattcomemorial.com for additional information. Anyone interested in CAMP’s efforts is encouraged to attend.

We are always eager to highlight Civil War soldiers from Cattaraugus County. If you had an ancestor that served from the county, we would like to add them to the “Veterans Biographies” section of our website. Please reach out to CAMP board member Kyle Stetz at kmstetz@gmail.com if you would like to have your ancestor added to the roll. 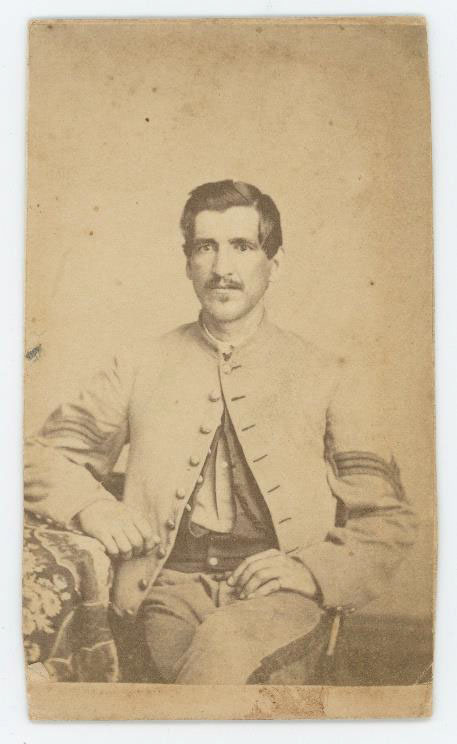 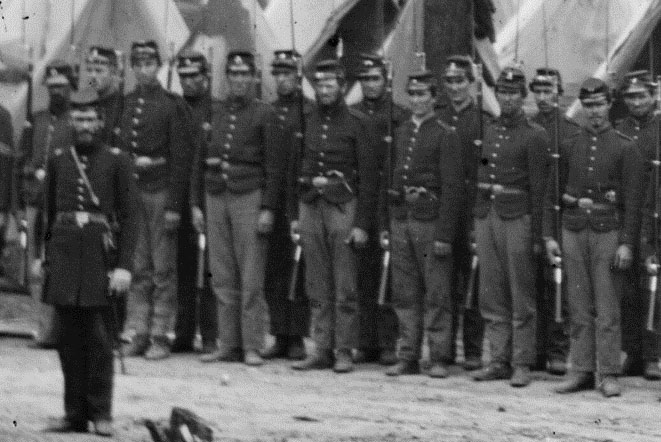 Just as our ancestors before us volunteered to put down the rebellion, CAMP seeks volunteers to preserve their memory and sacrifice. The Civil War Memorial Building in Little Valley, Cattaraugus County remains the only county-wide memorial to the County’s Civil War participants Active participation in our efforts is the only way to sustain our cause to preserve their memorial. Whether it’s through membership, financial contributions, or on-the-ground maintenance, we need your continued support and assistance.

CAMP is seeking a bookkeeper to record the financial affairs of the organization. If you or anyone you know is interested in taking a more active role in our organization, please contact CAMP president Tom Stetz through the CAMP Contact Page.

As spring marches onward to summer, we wish all of you good health and an enjoyable summer. We look forward to updating you on our progress again in the fall. 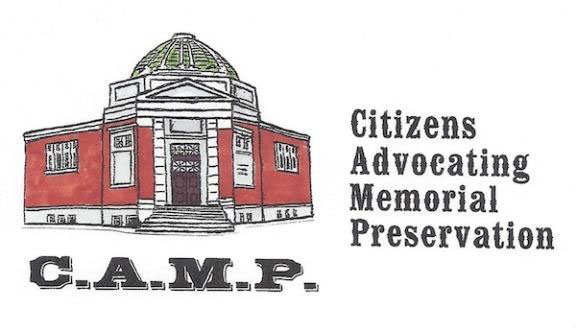